It began with a knock on the door and a promise of success. In mid-century America, many parents thought that if their child studied a musical instrument, he or she would be more intelligent, be a better student and therefore be more productive in life. So, the common practice all over America through the nineteen fifties and into the nineteen sixties was for local music studios to go door to door and sign children up for music lessons at the studio. Band and orchestra music lessons were always given through the schools,  and studios would compete for the coveted contracts to supply students with instruments. So, door to door salesmen were commissioned to offer lessons as an introduction to other instruments, such as the accordion, the piano and the guitar, with rental or purchase of an instrument through the music studio.

In the door to door method of marketing, the guitar was the more frequent choice because it was the easiest for a family to afford. The cost for the guitar was twenty-five dollars or less. With a few lessons to learn some basic chords, a boy could make inroads into the worlds of rock ‘n’ roll, country-western music, jazz and–yikes!–the blues! So, for those who were fearful of such outcomes or especially if their child was a girl, the choice was usually between the accordion and the piano. Although relatively expensive, the accordion started out as a popular choice. It was smaller and portable and, unlike a piano, it could be carried to a basement, or another room in a small home for practice sessions. That offered the rest of the family a chance to watch television in peace (preferably in the dark, just like at the movies). It was seen as a “win-win” situation for everyone. 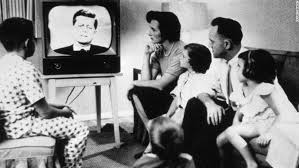 As in almost all direct sales, salesmen started with lists of names and addresses obtained from telephone books, a recent census, directories and other sources through subscriptions. They determined where to focus their sales efforts, and pursued their target market systematically. For example, if the family’s name came from a church directory, the more likely the instrument of choice would be the piano, and sometimes the studio could move a student to the organ, as well. If the family had an Italian, Polish or Eastern European name, perhaps another instrument would be a better fit. So, for a Lynwood, California family named Yankovic, a name already associated with the accordion (Frankie Yankovic), it was highly probable that a child in that household, in time, would be a student of the accordion.

Alfred was a very smart boy. He was enrolled in elementary school one year early and was found to be gifted and allowed to skip the second grade. One day, when Alfred was six or seven years old and already a third grader, a salesman came to their door and impressed upon Nick and Mary Yankovic that their only child should take music lessons at the studio. His parents thought it would be a good idea for Alfred to learn to play the accordion because, just as it had for the unrelated Frankie Yankovic, it might lead to something for their boy. But, neither one could have foreseen that their son would seize this opportunity to completely reinvent Alfred Yankovic as “Weird Al” and would become an enormously successful entertainer, music satirist, songwriter, record producer, actor, music video director, film producer , and children’s book author. It is likely that Al Yankovic is the only accordionist alive today that is so recognizable that he can be considered a “household name” in North America and perhaps throughout much of the English speaking world.

Yankovic made his first career decision when he decided to write a song about his family car, a Plymouth Belvedere and called it “Belvedere Cruisin'”. He taped the song, and gave the crudely recorded demo to his idol, Dr. Demento(Barry Hansen), when the radio show host visited Lynwood High School in Alfred’s senior year. Hansen liked it and played it on the air during The Dr. Demento Show. It turned out to be a breakthrough move for Alfred. 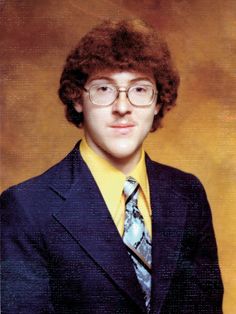 Alfred graduated at age 16 as Valedictorian of the class of 1975 at Lynwood High School in Lynwood, California. But, during his sophomore year at California Polytechnic Institute, Alfred’s professional career actually began when he promoted himself as “Weird Al” while he was a student disc jockey. He worked Wednesdays from midnight until three in the morning on campus radio station, KCPR. He also performed at local coffee houses in the area and remembers, “It sort of was like amateur music night and a lot of people were like wannabee Dan Fogelbergs. They would get up on stage with their acoustic guitar and do these lovely ballads. And I would get up with my accordion and play the theme from 2001 (A Space Oddessey)….people were kind of shocked that I would be disrupting their mellow Thursday night folk fest.” In 1978, his recording (as Alfred Yankovic), “Take Me Down” appeared on the Slo Grown LP, as a benefit for the Economic Opportunity Commission of San Luis Obispo County. It was a mockery of landmarks in the county.

The next year, just before his senior year in college, “Weird Al” did a parody of a then-current song that was high on the charts in 1979, “My Sharona” by The Knack. Al dashed across the hall from the campus radio station with his accordion. He used the hard bathroom walls to achieve an echo chamber effect and recorded a parody of the song, named “My Bologna”.  Fortunately, Al was able to record it using a cord found that happened to be long enough to reach all the way from the men’s room to the tape deck in the radio station.

In 1980, Al was invited as a guest on the Dr. Demento Show, where he recorded, live on air, “Another One Rides the Bus”, a parody he had written based on “Another One Bites the Dust”, by Queen. Al met drummer, Jon “Bermuda” Schwartz, while rehearsing the song for the show. Jon stepped in to give him a steady beat, banging on Al’s accordion case to keep time. They rehearsed the song only a few times before the show began. Al played his accordion on the show and on the recording, while Schwartz banged on the accordion case. TK Records released it as a single, just as the company was going bankrupt. No royalties were received from the initial release, but it was a hit and was eventually performed on The Tomorrow Show with Tom Snyder in 1981.

One thing led to another. Al  reached out, again to Dr. Demento, and  sent “My Bologna”. He played it and received positive response from listeners. Doug Feiger, lead singer of The Knack, heard the parody and loved it. After a show they performed at his college, Al met The Knack and introduced himself as the creator of “My Bologna”. Feiger, suggested to Rupert Perry, who was Vice President of Capitol Records, that it be released as a single. “My Bologna” was released and on its flip side was “School Cafeteria” and along with that release, Al received a six month recording contract. In spite of all of the distraction, Al Yankovic graduated, at age twenty, with a Bachelor’s degree in Architecture. But, he wanted to see if he could make a living doing parodies of current songs. Al recalls, “If it hadn’t been for Dr. Demento, I would have a real job right now.”

As Al Yankovic’s career took off in the 1980’s, there were recording artists who loved his work and allowed him to parody them. But, even now, there are those who do not allow him to lampoon them because they don’t want another version of their work to exist or because they think a parody may damage their reputation. Yankovic always requests permission from the artist that he intends to satirize. Al didn’t think that Michael Jackson would agree to it, but was surprised that MJ thought the parody of his song “Beat It”, called “Eat It” was funny. So MJ became a fan of “Weird Al” Yankovic.

In fact, Michael Jackson thought so highly of him, that MJ allowed WAY to use the set from his music video “Badder” for Al Yankovic’s video, “Fat”, a parody of the hit song, “Bad”. It won the Grammy Award for Best Concept Music Video of 1988.

However, MJ would not allow him to parody “Black or White” because he reasoned that permitting it  would change the impact of the song’s message which was meaningful and sensitive, and he felt strongly that he needed to protect it. Although never recorded,  sometimes “Weird Al” Yankovic does “Snack All Night”, his parody  of “Black or White”, at live shows.

Unlike Michael Jackson, the late Prince would never allow Yankovic to parody his songs, although he had been approached many times throughout the years to do so. Prince even went so far as to request, in writing via a telegram, that Yankovic make no eye contact with him  at the American Music Awards, (Yankovic was one of several at the event to be notified).

“Like a Surgeon”was based on Madonna‘s signature hit, “Like a Virgin” and was the only time that “Weird Al” took an artist up on doing a parody of their own song. She mused about it and confided to a mutual friend of Yankovic’s manager, who passed the information on to Al Yankovic.

“White and Nerdy”, (from Straight Outta Lynwood, released 2006) a parody of a rap song, “Ridin'” by Chamillionaire, was the only Top 100 hit to make the Top 10 by “Weird Al” Yankovic, peaking at #9 and with more than six million views on YouTube.

Since Al began his career in the late 1970’s, he has sold more than 12 million albums, recorded more than 150 parody and original songs and has performed more than 1000 live shows. He was nominated for a Grammy eleven times, and won four Grammy Awards, four Gold Records and six Platinum Records in the U. S. A.

Al Yankovic’s latest album is Mandatory Fun (2014). It became his first number one album during its debut week. In addition to recording his albums, “Weird Al” wrote and starred in the film UHF(1989) and The Weird Al Show(1997). He has also written two children’s books When I Grow Up and My New Teacher and Me.